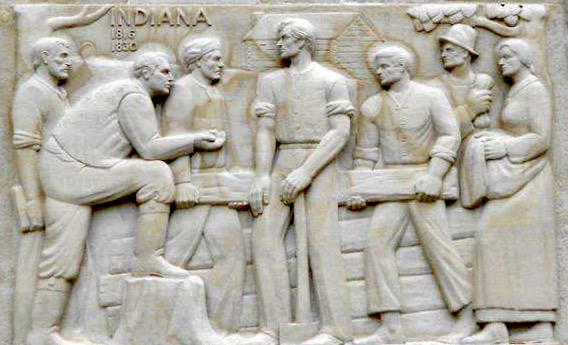 Here’s a Lincoln quote for you:
Abraham Lincoln
his hand and pen
he will be good but
god knows When

Do you remember that one from an earlier Quiet Fire episode? We are referring to a scrap of notebook paper from his few school days that has this little poem written out in his handwriting.

There are several things you can like about this. We can like that, as a bit of Lincoln’s spiritual DNA, he’s a pretty healthy minded kid. He capitalizes his name and leads off confidently with his big long name, Abraham Lincoln. He never liked just “Abe.” His Grandfather had been Captain Abraham Lincoln in the American Revolution.

We can enjoy that it is a poem. It may not be all that original, but it does rhyme: Lincoln with pen and when. And “god knows When” is a good money line. He does not capitalize “god” so we have a bit of rebel here as well, no? 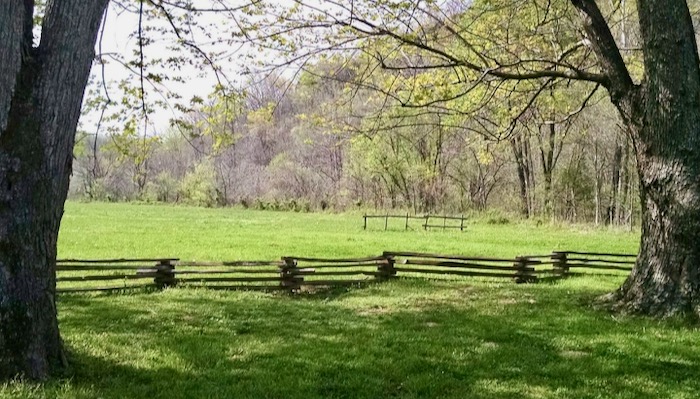 Now, I had an experience once of walking down the hill on the Lincoln farm in Pigeon Creek, Indiana, and feeling that the very trees themselves held between the leaves fingered in all the branches the sheer goodness of Abraham Lincoln. My epiphany was that his goodness was so thick, so dense, so vital and long lasting that some of it was still lingering in the trees.

As if like a river fog it had lingered waiting for these very trees to grow up into it and hold it. I even felt that his goodness was like a trail of invisible light, like Wordsworth in his poem saying that “the Child is the Father of Man.” I felt that Lincoln had come into this world trailing clouds of glory and that his child really was the father of the man, at least of his kind of a man.

His relevance to us today is this: Being Good, while a life-long obsession with Lincoln, is for Americans, every once in a while, also our obsession. And these days it is.

So many things have gone wrong so fast and in such a big way that the idea is now very much in the air: Hey, let’s stop for a minute. What is life all about anyway, and what is it that we value. Truly value. What are our values and are we living them. Have they gotten away from us, or us from them?

Americans are pretty good at this kind of moral heart attack, and while we’re in the ICU we look at our values to how we want to live, if and when we come out.

What Are Truly Lincoln’s Values?

At the top of Lincoln’s list, I believe, is what we might sum up as: Kindness. As Americans, that’s how we like to think of ourselves, isn’t it?

Americans, it turns out, hold “Kindness” as our No. 1 “character strength.” This finding is from a worldwide survey of over 50 nations, of whom none but the U.S. picked Kindness as No. 1.

Few presidents seem as kind, even kindly, as Abraham Lincoln. Among his notably kind acts, he forgave hundreds of deserting soldiers. Lincoln said in his First Inaugural Address, “We are not enemies. We must not be enemies.” He then appealed to the “better angels of our nature” so we would not become enemies. What shows the better angels of our nature more than our values?

Not too long ago, I collaborated with University of Michigan sociologist Dr. Wayne Baker, comparing Lincoln’s true values with 10 almost universally held American values that kept turning up in Baker’s research. Remarkable, but true! Baker found that these 10 values are shared by the entire spectrum of Americans by a wide margin, over time.

Lincoln certainly shared these values, himself. Here’s that Baker-and-Lincoln list:

We know from his life and words that his appeal to values failed in preventing the Civil War. Competing values themselves made the Civil War. Ironically, it was killer angels that made happen what our better angels failed to do. This was the tragedy of that failed conversation about values. Nevertheless it is by honor that we, too, like Lincoln can be lighted down to the latest generation.