If you have been following our series, then you know that the spiritual life of Abraham Lincoln has been a mystery. Not because it was not there, but because most of his biographers didn’t know how to find it.

It was like a treasure buried in a field. But who had the map and where was the dark-inked “X”?

We who care about this meditation called Quiet Fire, The Spiritual Life of Abraham Lincoln are among the “almost chosen few” who share in this quest to explore Lincoln’s spiritual life—using his phrase “almost chosen” because we are not sure how we came to this quest.

The map and compass for discovering the spiritual life of Lincoln did not exist in his time. Even his most capable observer Walt Whitman said it would be a long time—a long and spacious time before Lincoln’s greatness would be, could be, seen and fully understood. Whitman himself had already identified Lincoln’s religious nature. Whitman had said he was of an amble, a deep-rooted, a lofty and superlative nature. 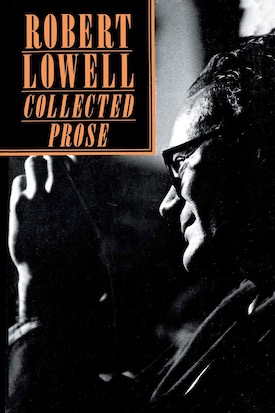 Care to read more? This volume of Lowell’s prose includes the essay on Lincoln.

Another poet, the modern poet Robert Lowell, helped greatly with the discovery of the map and the X when he located Lincoln’s spiritual life within the Christian tradition but not in any church’s Christianity. In an essay on Lincoln’s legacy, Lowell posed this as a question: “Is it possible that the fury of war changed Lincoln, the freethinker, into an instinctive Christian?”

Lowell described the Gettysburg Address as a Christian message that did not belong to Christianity.

That might not have been that hard to know since Lincoln himself was raised within Christianity, and was a regular worshipper in two Presbyterian Churches, each with a superlative minister. But then he never joined a Christian congregation by profession or confession of faith. He did rent a pew, however, and at least one of his sons, but not himself, was baptized.

About the time when Lincoln was becoming a Congressman from Illinois in 1848, there was a theologian, a “map maker” we could say over in Denmark who was doing just as Robert Lowell did—separating “Christian” from Christianity.

This funny looking little slip of a man, with tall hair and a crooked back, wrote scathingly about the modern official church of his native Denmark. 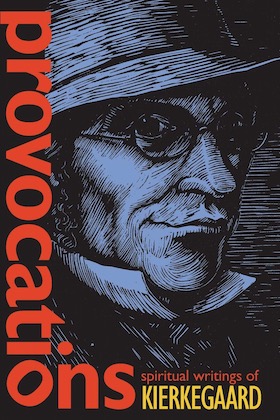 You’ll find a number of passages reminiscent of Lincoln’s spiritual reflections—and other essays with which Lincoln would have disagreed—in this collection of Kierkegaard’s writings.

He was as melancholy as Lincoln. He fiercely turned his pen to attacking the church as a formal fraud of the very treasures it had been given. His name was Soren Kierkegaard and he lived in the same era of religious redefinition and had much the same kind of spiritual journey. Lincoln lived from 1809-1865, Kierkegaard from 1813-1855. They never met. Lincoln was not even aware of the theologian’s writings, which were not widely translated and did not become globally popular until the early 20th century.

But—these two men shared a central passion. Kierkegaard once described his life’s work in just nine words: “to make people aware of what is essentially Christian,” an essence that he felt was conspicuously missing in organized religion. Had they met, would Lincoln have warmly agreed? Consider this often-repeated Kierkegaard quote that could have been uttered by Lincoln: “I have worked for a restlessness oriented toward inward deepening.”

Both men were aiming at the subjective individual life, not the objective life found in the state church. They were looking for a personal, intimate, inward life. That was where the spiritual truth lay buried.

The paradox of Lincoln is that he took this inward spiritual life into the middle of statecraft and national life.

And that is the map now used to find and define the spiritual life of Lincoln.

This was God as he had come to know him in his private meditation of the divine will, an essay he wrote for himself. He sought that through his prayer life and his Bible reading life, and through his emersion in culture, especially Shakespeare, and then in his actions through politics and war, and all the anguish and agony therein.

Of course Lincoln’s inner life came roaring out into national life. But as President he never lost the inner compass he had first used to find the X where he began digging for God.